(...) These grotesque assemblages of biohazard frenzy, tower-humans, created from the contact with matter and ice hidden and frozen for millions of years, start to wander and produce chaos. As they lose their individual human consciousness, the cycle is finished: they grow into earth, becoming mountains and hills: sort of twisted anthropomorphism.

This paradox of pregnant matter sucking everything back: it gave birth and now becomes pregnant again, reverse gestation of sorts. The dis-paused cycle of bare life rolls out, unfolds, sucking, imploding, and cooling off.

It cleans, molds, reshapes, creating new forms, by collecting everything into one body from fragments scattered over the planet. Concurrently, terrestrial dance. The collective is reaching out to become an ultimate individual, the whole. (...) 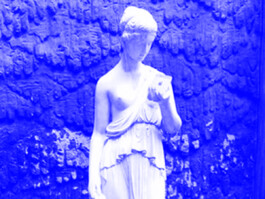 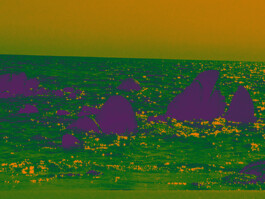